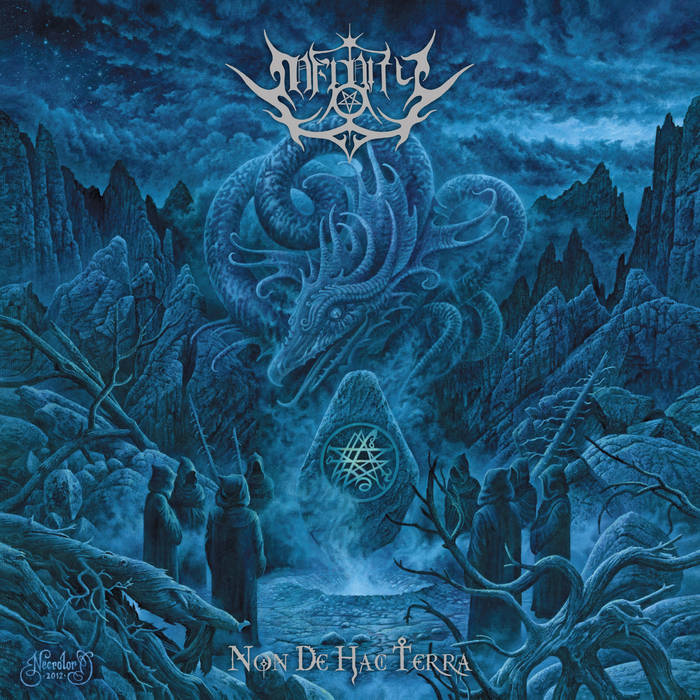 Released on CD and gatefold LP by New Era Productions in 2012.
Released digitally by INFINITY on January 21, 2017.

All music written by INFINITY

Non De Hac Terra is recorded and mixed at Vortex Studio (Zevenhuizen, The Netherlands) by B.Xul between June 2011 - September 2012

Mastered at Necromanteion Studio by H.Xul

Art direction and layout by B.Xul